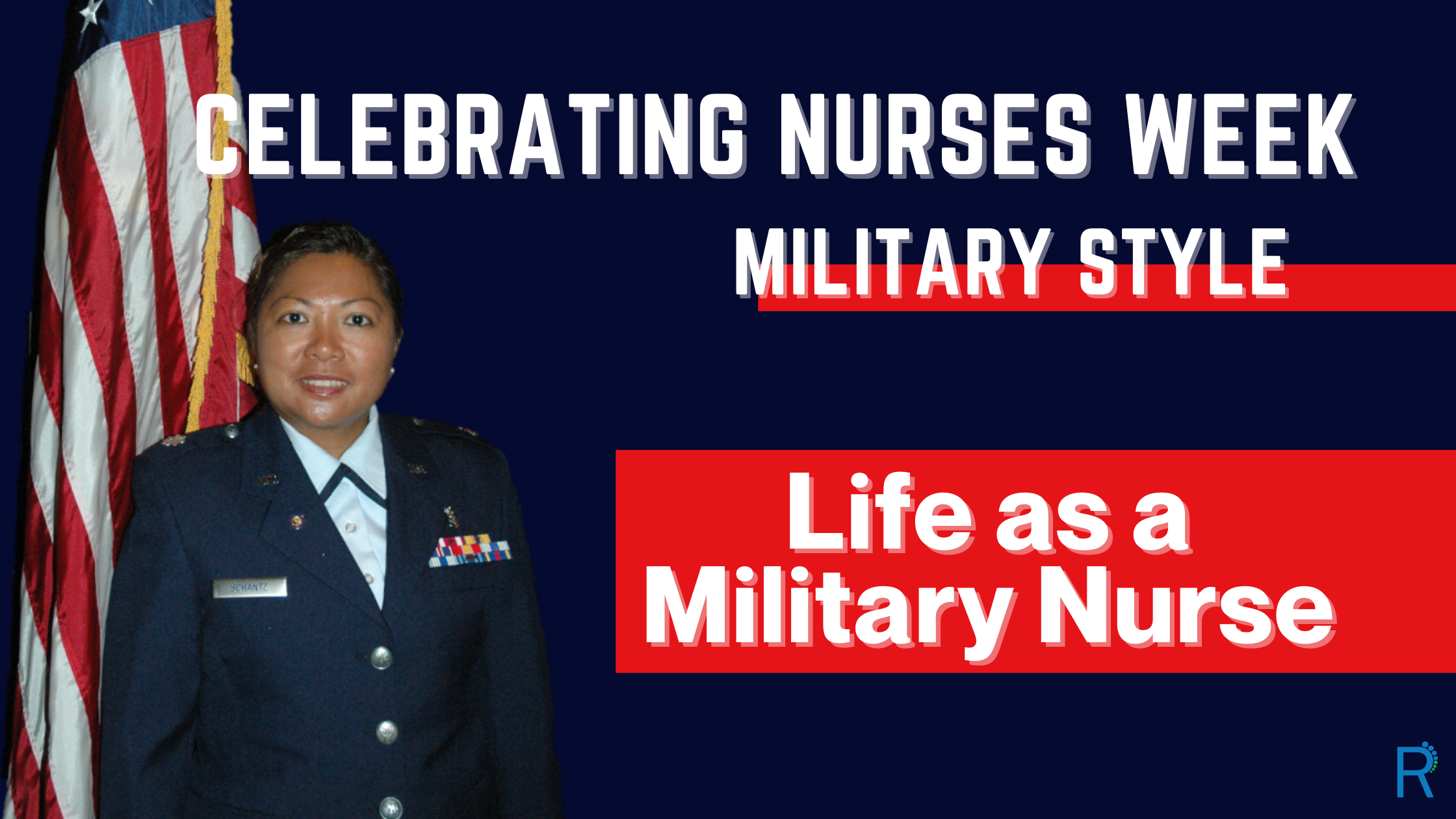 Ever since the American revolution, women have served on the battlefield as nurses, water-bearers, cooks, laundresses, and saboteurs.  It was not until 1901 that the Army Nurse Corps was established, followed by the Navy Nurse Corps in 1908, and finally the Air Force (AF) Nurse Corps in 1949.1 The Air Force, Army, and Navy are the only US military branches with their own Nurse Corps. Currently, around 10,000 full-time nurses are on active duty.2

I did not dream of being in the military when I was younger.  However, while I was in college studying nursing, I dreamt about traveling all over the world.  I thought that if I joined the military as a nurse, I would be able to travel to different countries, meet new people and experience cultures different from what I was used to encountering.

So, upon graduation from my BSN program, I was commissioned in the USAF as a 2nd Lieutenant.  In the 1980’s, to become an officer in military nurse corps, you had to be a US citizen with a Bachelor of Science in nursing and pass the nursing licensure exam (NCLEX-RN exam).

Military nurses care for patients as they would any other patient in the civilian community.  As a young nurse, you hone your clinical skills and, as you go up in rank, your responsibilities also increase.  In my case, I worked initially as a clinical nurse in an OB/GYN unit, then in the surgical unit, before becoming an assistant nurse manager in a medical unit.  When I was promoted to the rank of Captain, I became a nurse manager in a pediatric unit.  As a Major, I was the nurse manager of both the OB and Pediatric clinic.  As I moved up in rank, I was also given more responsibilities.  On my next assignment, I was the Director of Medical Education, which included oversight of nursing programs, as well as the medical and dental residency programs.  In 2000, I was promoted to Lieutenant Colonel and served as flight commander in the education squadron.  I led a team of 5 officers and 6 enlisted personnel. We were responsible for all the hospital newcomers’ orientation and all of the life support classes for 5,000 healthcare personnel.  In addition, my team managed the continuing education classes for nurses and on-the-job training for enlisted personnel at Wilford Hall Medical Center.

Expectations for military nurses differ from those of their civilian counterparts because military nurses have the dual roles of a nurse and an officer. Moreover, military nurses often deploy into volatile global environments and lead interprofessional teams of health care providers, so they must be able to transition into both roles rapidly and competently. Military nursing is not a 40-hour week job.  You are expected to work in the nursing unit and then participate in military exercises in which you must don chemical protection suits, while working or spending days in a camp, sleeping in tents, eating military rations, and treating patients in simulated mass casualty conditions, all while being attacked by enemy forces.  If the exercise is on the weekends, you are expected to be back to patient care on Monday morning.  You also must qualify in small arms training.  It does not mean that you are expected to shoot an enemy, but that you can defend yourself and your patients, should the need arise while deployed in a hostile environment.

I was lucky that I did not have to deploy to the Middle East while I was on active duty.  I volunteered several times but was not selected.  At the time, deployment meant a 4–6-month tour of duty in the Middle East without my family.  One of the most memorable experiences I had as an AF nurse was being a part of a military-other-than-war team while I was stationed in Hawaii.  I was the only female and only nurse with 40 men from logistics, medical and communications groups.  We trained to be able to deploy anywhere in the Pacific and survive on our own for 7 days with just the back packs that we carried.  My job was to provide medical care for the 40-man team.  Just like the men, I had to carry a 25-pound backpack while going on 6–8-mile hikes.

I served in the US Air Force for 21 years and had a wonderful experience.  I was stationed in Florida, California, South Korea, Hawaii, and Texas.  While on active duty, I was able to travel to many different countries and meet many people.  To this day, I keep in touch with a lot of them.  I also met my husband at my first station at Homestead Air Force Base in Florida.  We were married 2 years after our first meeting and have 2 children; one of whom is now an active-duty dentist with the AF.

In summary, being an AF Force nurse was a great experience and broadened my cultural perspective.  I was able to hone my clinical skills as a nurse and my leadership abilities as an officer.  Nurses play an integral part of t

he Air Force health care team.  It is a collaborative environment, and we all use a “one-team” mentality to care for military service members and their families.  Would I do it again?  Absolutely!

– USAF stands for US Air Force

What does MSN, RN-BC, WCC mean?

MSN is a Masters of Science in Nursing, while WCC refers to a Wound Care-Certified Nurse.