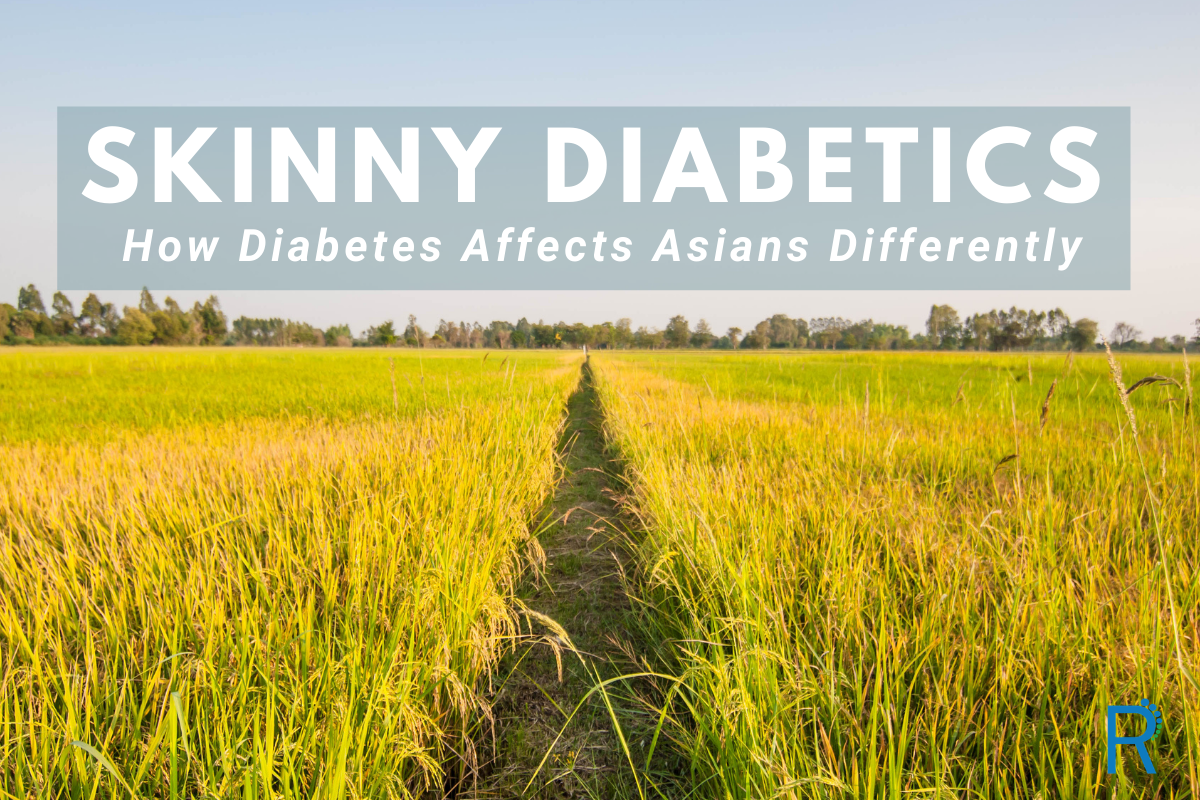 My family immigrated from the Philippines to the United States in 1972.  When my father was 50 years old, he was diagnosed with Type 2 diabetes. I was stunned.  At that time, I was a nursing student at Loyola University of Chicago.  In nursing school, it was emphasized that adult onset diabetes happens to those who are either obese or overweight.  I could not believe that he was diabetic because my father was not obese or overweight.  He never exercised but he was always skinny. Several years later, nearly all of my aunts and uncles on my father’s side were all diagnosed as Type 2 diabetics as well.  It puzzled me: why are some diabetics skinny?

How does diabetes affect Asians differently?

We know that diabetes is a chronic disease in which blood sugar levels are higher than normal.  Most of the food you eat is broken down into sugar (also called glucose) and released into your bloodstream. When your blood sugar goes up, it signals your pancreas to release insulin. Insulin acts like a key to let the blood sugar into your body’s cells for use as energy.  If you have diabetes, your body either doesn’t make enough insulin or can’t use the insulin it makes as well as it should.1

According to the CDC, nationwide, as many as 1 in 4 people who have diabetes don’t know they have it. But for Asian Americans, that number is much higher—1 in 2 have diabetes but are undiagnosed; the highest of all ethnic/racial groups.1  Among Asian Americans, diabetes may go undiagnosed because they do not fit the typical diabetic body image and their Body Mass Index (BMI) is usually in the normal range.  “You’re skinny, you’re healthy, there’s nothing wrong.”2 However, looks can be deceiving.  A BMI of 25 is considered overweight and a BMI of 30 is considered obese. 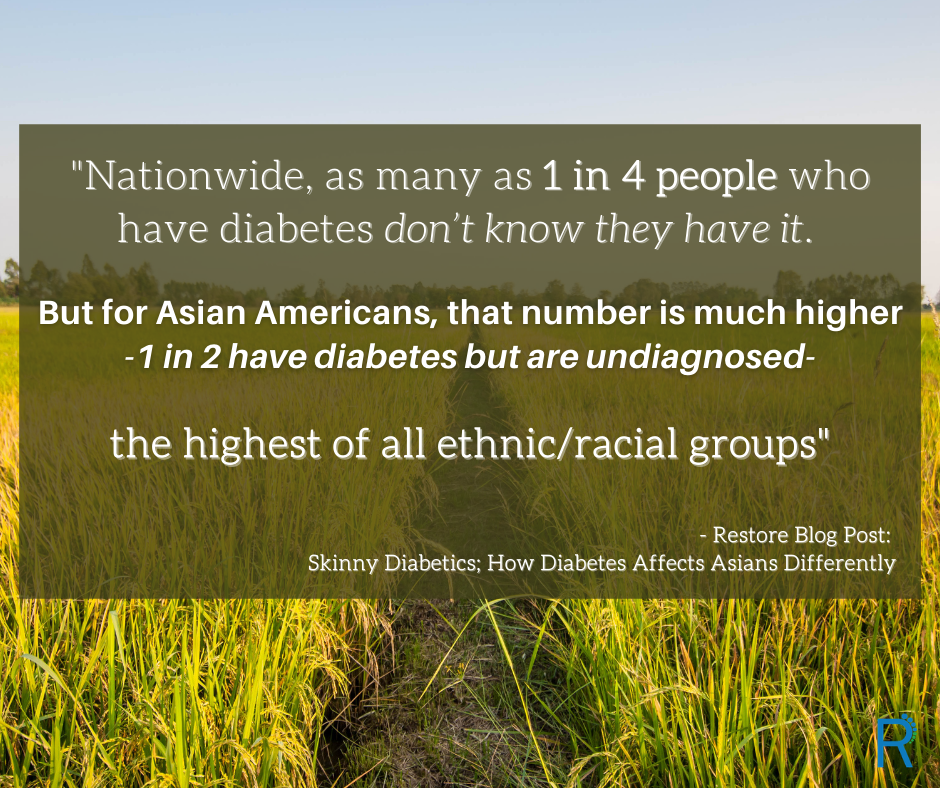 Healthcare professionals were taught that being overweight is a risk factor for developing diabetes, but most Asian Americans aren’t obese or overweight so historically, they were not considered high risk.  Also, obesity is a measure of weight, not necessarily fat.2  According to new research, Asians are more predisposed to diabetes due to genetics. Americans of Asian descent especially those from South Asia have less muscle and more fat than other ethnic groups.1,3 That extra body fat tends to be visceral fat in the belly. Visceral fat is out of sight, wrapped around organs deep in the body and increases insulin resistance. You can’t see or pinch visceral fat since it lies under subcutaneous tissue.  So, an Asian who isn’t overweight could have enough fat at an earlier age to be in danger of getting diabetes, a phenomenon sometimes referred to as “skinny fat”.

Everybody has some visceral fat, but Asians tend to accumulate more fat around their waists than people of other ethnicities, and abdominal fat is a bigger risk factor for diabetes than fat stored in other places, such as the hips or arms.2  A normal BMI ranges from 18.5-24.9, while over 25 is considered Overweight and over 30 is considered Obese. Because of the danger posed to these “skinny diabetics” researchers are now suggesting that Americans of Asian heritage get tested if their BMI is 23 or greater.1

What is MSN, RN, NPD-BC, WCC? MSN is a Masters of Science in Nursing, while WCC refers to a Wound Care-Certified Nurse.